The Most Annoying Lift Habits

Sometimes, when travelling in an elevator, things happen that make our blood pressure rise just as quickly as the lift itself. Being in a confined space means that there are plenty of little things that can raise our stress levels and pump up our frustration.

We’ve taken a look at the habits that people find most annoying when riding in an elevator:

When did we all lose our manners? You’d expect that, considering most lifts are found in office buildings, that the people you bump in to in the working world would have basic interpersonal skills, such as saying please and thank you. Think again!

Pressing a button isn’t exactly a huge effort on our part, but if someone’s just done you a favour, it’s polite to acknowledge it.

People Who Use Their Smart Phones When The Elevator Is Crowded

In a crowded elevator, people barely have enough space to stand comfortably, so when someone is insisting on checking Facebook for the 17th time this morning by jabbing their smart phone into your arm, stress levels are going to rise. Twitter will wait for you! 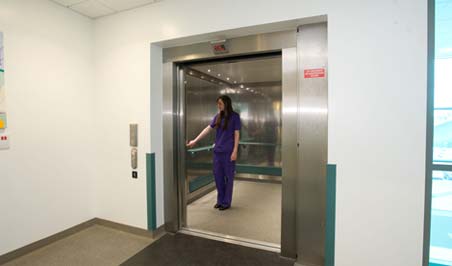 If you’re standing next to the control panel, you’ve sort of signed yourself up to be responsible for the buttons. The elevator is a communal space, but people tend to lack a sense of community. Go on, I dare you to press the wrong button!

It is one of those things we know even though we were never taught it. To avoid invading people’s personal space, we always tend to stand the furthest away from the nearest person. The first person in a lift takes up one corner; the second, the opposite corner, and so on. If we are the only person in the lift and you decide to stand right next to us, we’re kicking you out at the next floor and making you wait.

I often get the lift at the football as my seat is right up in Gods of the stadium. I also happen to have a pre-existing medical condition so my stadium access card includes lift usage. The majority of people do just use the lifts out of not wanting to walk, and quite often (mostly older) people will see me in the lift and say to me “a young lad like you doesn’t need to be in the lift!”. Well actually I do! Remember that not all disabilities are visible and there can be other reasons why people need to take the lift rather than the 3 flights of steep stairs!

What bad lift etiquette makes your blood boil? Let us know in the comments or contact Sheridan lifts today for all your lift maintenance needs.