I wanted to tell you about an upcoming project that we have in the capital for our client Rise Contracts Ltd. Here we have been commissioned to fit a brand-new passenger lift, which we are sourcing from Kleemann Lifts, to replace a now defunct wooden lift from way back in the day!

I’ve included some pictures here of the both the shaft and the lift – just look at that lift interior! 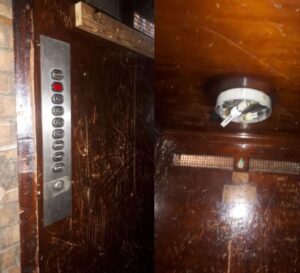 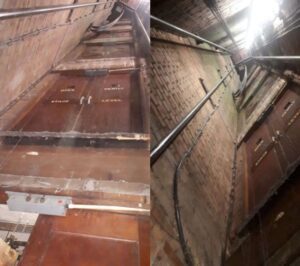 The theatre itself is steeped in history and dates back to 1928 –its simple façade belying its ornate art deco interior where pink, green and gold dominant colours and original fixtures and fittings remain. Reminds me a little of Stockport Plaza where we hold the lift maintenance contract. Part of the theatre’s history includes the partial damage it sustained following a stray German bomb during World War II.

As you might imagine, theatre lovers flock here from across the globe and some of the big names to have performed here over the years include Ian McKellen, Judi Dench and Ewan McGregor.
Piccadilly Theatre has famously hosted acclaimed productions of A Streetcar Named Desire as well as playing host to the Beatles in 1964 who recorded several songs for a BBC radio show. 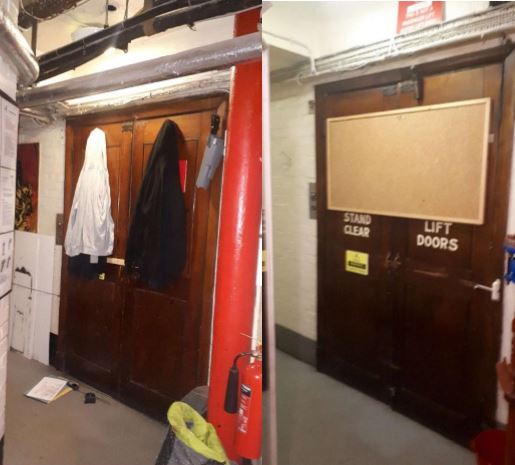 Matthew Bourne’s Swan Lake was performed here in the 90’s whilst more recent productions include Ghost the Musical in 2012, Dirty Dancing in 2014, Jersey Boys in 2017, Annie and Strictly Ballroom in 2018. Death of a Salesman opens this coming November and runs until January 2020.

Being located within the famous West End at Denman Street behind Piccadilly Circus, access to the site should be, shall we say, challenging! Take a look at these photos below which give a better indication of the logistical implications that face our installation team when operating in central London. 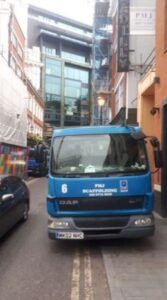 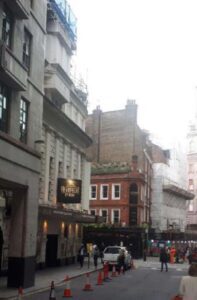 That said, we are looking forward to commencing the job and adding to our ever growing portfolio of lift installations in London. Once completed I’ll endeavour to post some before and after shots!