Commonly found in shopping centres, offices, hotels and homes, glass lifts are the ideal option for anyone looking for a real design feature from their lift.

More than just a way to move between floors, the attractive finish of glass lifts creates a modern, simple design that allows passengers to travel comfortably whilst enjoying the views of the outer building space. If you’ve come looking for high-performance glass lift installation, with Sheridan Lifts, you’re in good hands.

There are a wide variety of elements to consider when looking at glass lifts, including practicality, cost and safety. We have compiled some general information, as well as a list of pros and cons, to help you make the most informed decision.

Thinking about installing a glass lift? Sheridan Lifts are proud to provide installation of a vast range of lifts. All our lifts can be made completely bespoke to your individual needs. Contact us today for a quote and secure a high-quality lift installation!

Many people opt for glass lifts when undertaking lift modernisation as glass lifts instantly revive a building if it’s looking particularly tired or aged. Glass lifts offer the same features as other more conventional-looking lifts, but have the added benefit of a top-of-the-range, scenic, contemporary feel.

Whether you’re looking for a complete refurbishment of an existing lift or you are building a brand new building and are looking at lift options, Sheridan Lifts can help. 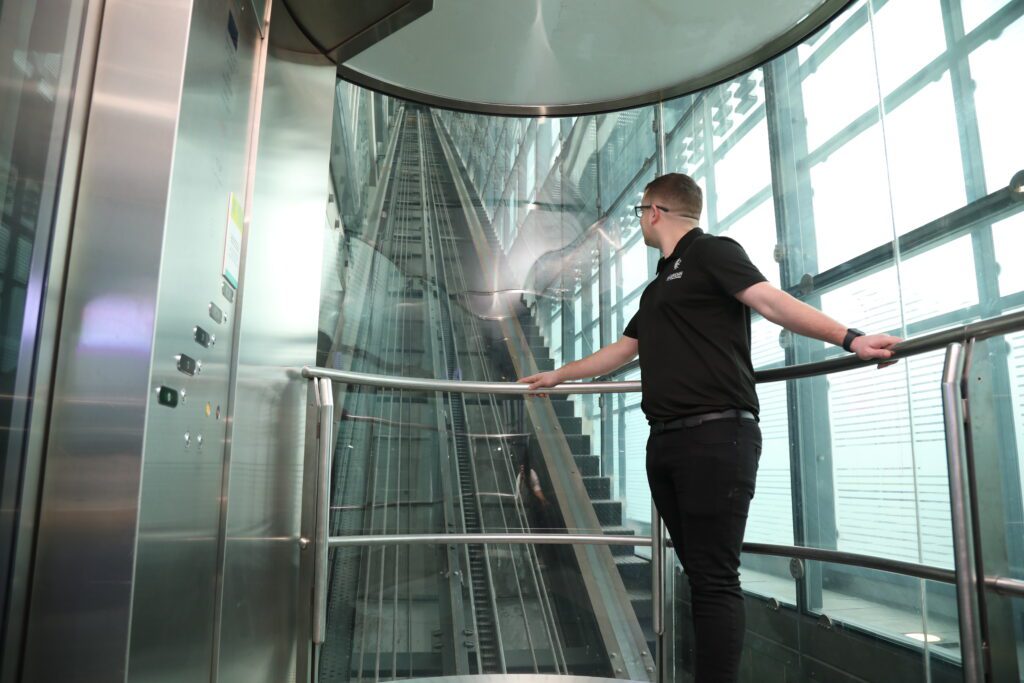 What Is A Panoramic Lift?

Panoramic lifts differ from regular lifts in that the car that sits within the metal frame is entirely transparent. All mechanical equipment is then fixed to this frame. This design creates an open, airy feel that is perfect for modern buildings.

Despite panoramic lifts often being referred to as ‘glass lifts’, as you’d expect, the panels they feature are not made from glass in a regular sense – due to that particular material being particularly fragile. Instead, these panels usually feature polycarbonates, which are a much stronger and cheaper replacement. In fact, polycarbonate is about 252 times stronger than real glass. It is also widely considered a much easier and safer material to work with.

Glass lifts also differ from your standard lift as they are most commonly powered by a vacuum system that moves the lift cab up and down between floors. Being powered by air, rather than traditional cables, glass lifts are much easier to install than a traditional lift with a wood cabin, as there is no need for a hoistway or installation room.

How Safe Are Glass Lifts?

Glass lifts are actually considered safer to use than regular lifts. This is because they are entirely powered by air, therefore need no cables to run on. If a power cut occurs, the car simply descends to the lowest level so that passengers can exit safely.

If manufactured and fitted correctly, glass lifts are durable and long-lasting. Remember, there is no need to be concerned about your lift being fragile. Don’t make the mistake of thinking that these lifts are made of anything like the regular glass objects that lie around your home. These lifts may look like glass, but they are usually made from robust polycarbonates and are much stronger.

How Much Space Is Required For A Lift?

Generally speaking, you need around 20-25 feet of space for a residential lift. You may also need to dig around 8 inches into the ground, depending on the style of lift that you’re going for.

For lift installation, you need to ensure that you factor in: wall width, door width, clearance around the lift and space for driving components. In addition, remember to consider use factors that may contribute to the space that you need, such as maximum weight capacity, the number of floors or if wheelchair access is needed.

Is A Glass Lift Right For Me?

There are a wide variety of reasons why a glass lift might be right for you; however, as you might imagine, these types of lifts aren’t suitable for all circumstances. Below are some pros and cons to consider when evaluating which type of lift is right for you.

Of course, when choosing the type of lift for your building, there are many factors to bear in mind. A popular choice – here are some of the key reasons why glass lifts are attractive buys for many of our customers:

Despite their appeal, there are a few cons to bear in mind when considering whether to install a glass lift. 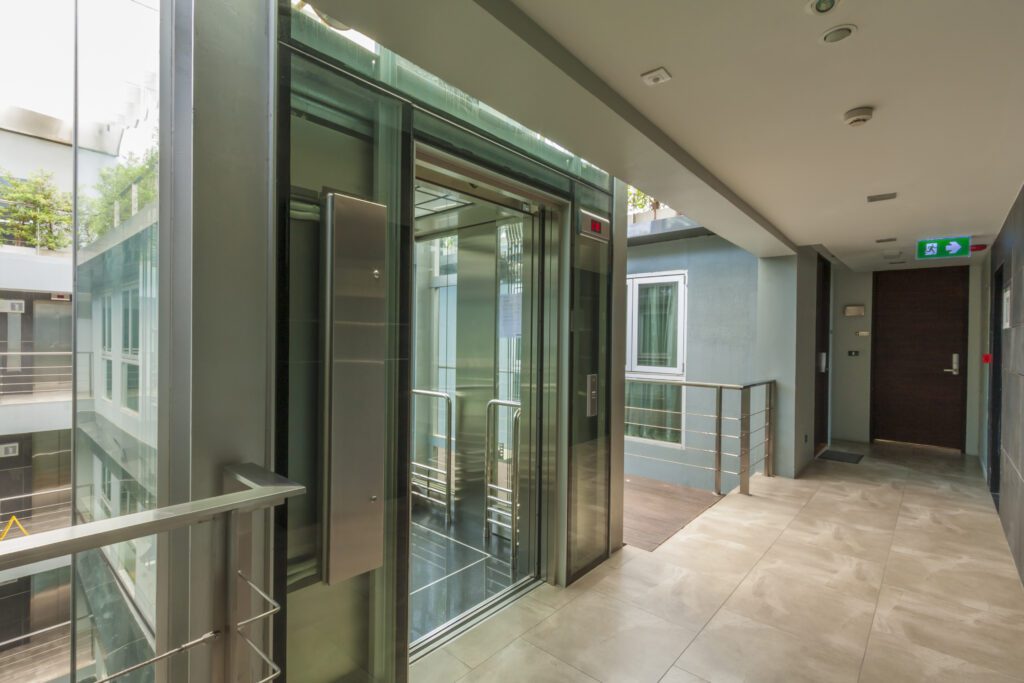 Glass lifts are very similar in price to traditional metal lifts. However, they can require a little more maintenance, which can add to the cost over time. For more information on securing a lift maintenance package, check out your options provided by Sheridan Lifts.

Can Glass Lifts Be Used In Skyscrapers?

No, glass lifts cannot be used in high-rise buildings or skyscrapers. This is because the power used to propel the glass capsule, a combination of pumps and pressured air, is limited to about three storeys.

Though the term ‘glass’ is used for quick recognition and easy identification of these types of lifts, ‘glass’ lifts are in fact often made out of polycarbonates, which have the pros of being cheaper and, more importantly, safer than traditional glass. Because of the strength of this material, glass lifts are deemed to be as safe as traditional lifts.

Can A Glass Lift Save Energy?

Glass lifts let in more light, which means they require less electricity to power their inner lighting than the traditional lift which is more enclosed. Whilst it may seem that the difference made would be marginal, businesses have reported huge savings in energy bills due to the reduction in lighting and ventilation costs. For more well-built, energy-efficient lift options, head over to our energy-saving lifts page.

Get in Touch with Sheridan Lifts

Thinking of getting a glass lift? We at Sheridan Lifts have a wealth of experience with lift installations of all types. We’re a family-run business founded in 1979, with over 40 years of collective experience in the lift industry.

From the day we were founded, we have always remained true to our core values of impeccable product care, knowledge and implementation delivered with first-class customer service.

Contact us today to see how we can help you with our entirely bespoke solutions.

Want to know more about glass lifts? Check out our most recent case study. 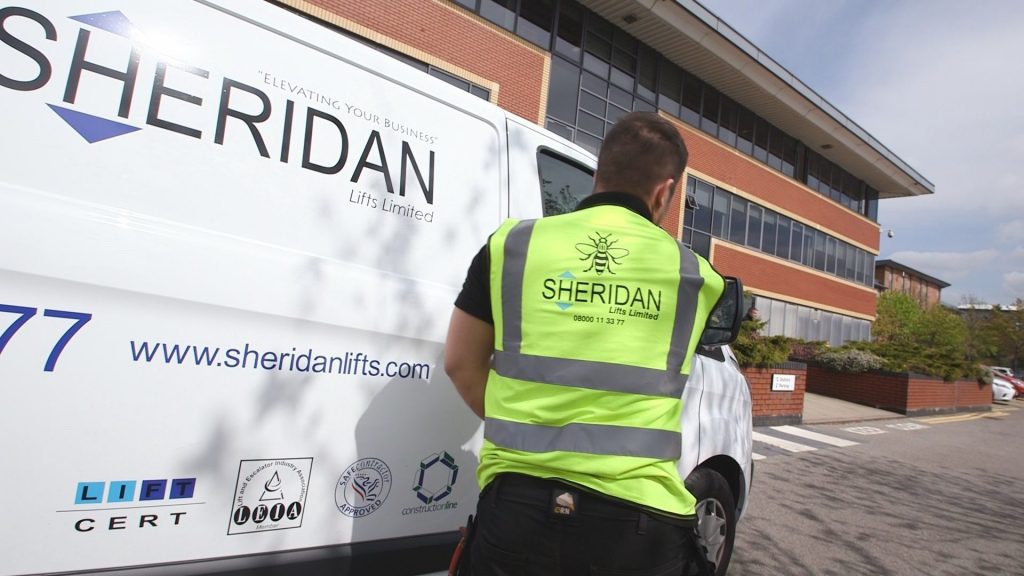 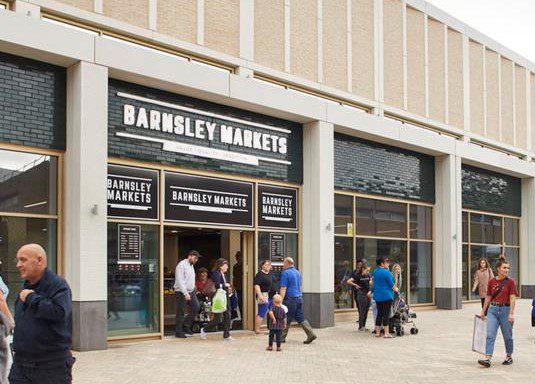 Two years is a long time in the world of construction, especially when you throw in a global pandemic right in the middle of it! Back in 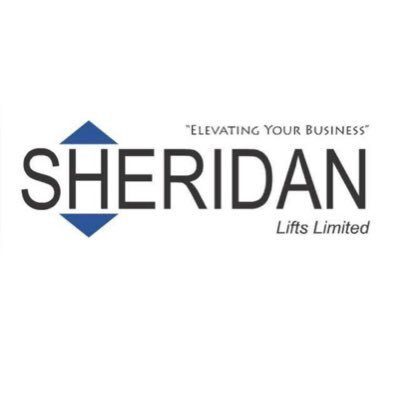 3 reasons to install a glass lift

Glass lifts are becoming more and more popular and it’s easy to see why. They can be a stunning addition to your building combining functionality and style.