New NHS bed lift for the hospital, increasing mobility for all.

VINCI CONSTRUCTION AS PART OF THEIR IHP VENTURE

The Royal Blackburn Teaching Hospital’s Acute Medical Unit (AMU) is one of the North West’s busiest Accident and Emergency Departments. As such, the hospital requires all of its equipment to be reliable and operational at all times. Earlier this year Sheridan Lifts were awarded the contract to install a brand new MRL passenger/bed lift.

This work formed part of the redevelopment of the unit itself, working closely with the construction teams and sub-contractors on site.

In view of the demands placed on the lift and the environment in which it operates, the East Lancashire Hospitals NHS Trust’s bed lift had to be highly specified. This required compliance to EN81-20’s safety requirements including unintended car movement and an automated evacuation (fire) feature. Additionally, the lift car operating panel had to be fitted with an emergency ‘blue code’ button that would alert staff of patients experiencing a critical arrest in the lift, if it was pressed.

Sheridan Lifts provided a bespoke solution which included the use of a Robust European Manufactured, Mechanical package with the bolt-on of UK Electrical System, from Lester Controls. 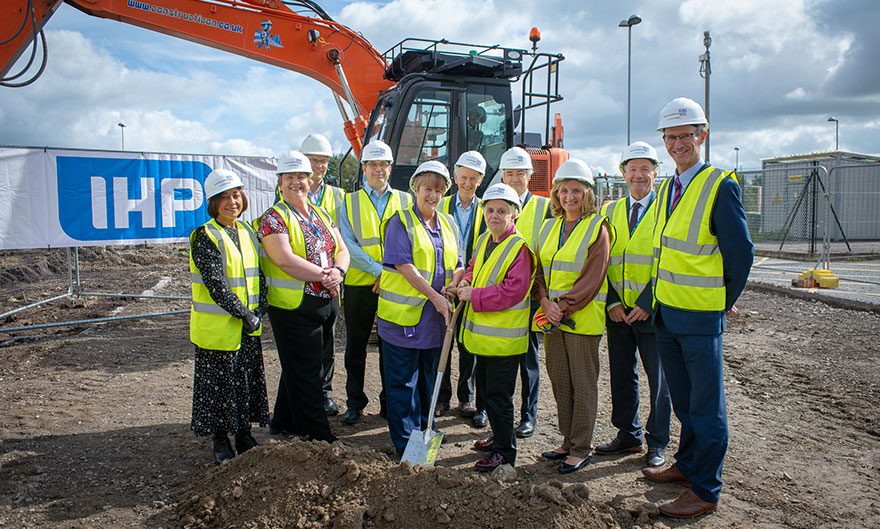 As part of this initiative, we used Lester Control’s Dewhurst US95AB Antibacterial Buttons, which have taken on a greater significance within the current COVID-19 climate.

The lift on the unit is coming along nicely and will soon be tested and handed over.

Thank you for downloading.

The Royal Blackburn Teaching Hospital’s Acute Medical Unit (AMU) is one of the North West’s busiest Accident and Emergency Departments. We have a prestigious new lift maintenance contract in the bag for our new client West London Audi. The contract will see Sheridan Lifts maintaining 6 escalators and 2 lifts within this large We are currently working with our long standing, highly valued client Kellogg’s GB at their factory site in Greater Manchester. Throughout the ongoing coronavirus pandemic the site