We’ve not had a football blog for a while so here goes!

Some interesting debate on the radio this morning as to whether Jose Mourinho or Arsene Wenger would make a good fit as Chelsea manager to replace the under-pressure Mauricio Sarri.

Mauricio Sarri is close to the sack

Now personally I think the Wenger suggestion is ludicrous, he just can’t go there after being at Arsenal and I don’t think it’d be one to excite the fans either. Can you imagine their faces?! They spent the last 12 months of his Arsenal reign laughing at him, wouldn’t that just be ironic?

I’d also be very surprised if Mr Abramovich decided, for the third time that Jose Mourinho was the answer to their problems. I mean, it went pretty terribly for him there last time didn’t it?! And he didn’t exactly enhance his credentials with his spell at Manchester United. I think there’s more chance of Sam Allardyce getting the job than Jose! 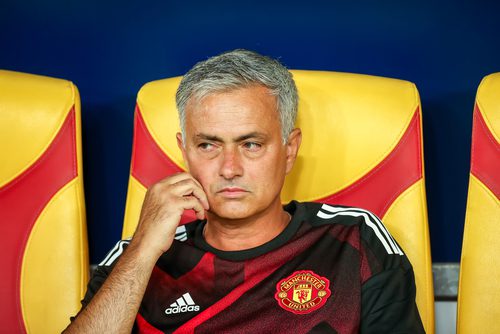 Surely the miserable one won’t take over at Stamford Bridge?

And, as well as he is doing at Derby, I think it’s too early for someone like Frank Lampard to take that job on. If I were Chelsea I’d wait and see what happens in the next few games. Beat City on Sunday and it may all look a bit rosier. Much stranger things have happened in football. Lose that and lose to Spurs in the league and the writing may well be on the wall. Should that happen you’d think their number one target would be Zinedine Zidane.

A few weeks is a long time in football. City and Liverpool are now level on points and with both sides due to visit Old Trafford, United could well have a significant say in the title race. And Spurs are quietly going about their business under the radar and cannot be completely discounted either, even if they do tend to choke in the big domestic games.

In terms of European action we might be looking at Liverpool and City as two of the front runners there too. Liverpool only managed a 0-0 draw at home to Bayern last night but their chances of Champions League progression are still alive whilst City travel to Schalke tonight hoping for a first leg advantage. Real Madrid are, as they often are, the team to beat there even if they are ‘sans Ronaldo’ these days. I don’t fancy them to win it though, something just tells me it’ll change hands this season.

Real Madrid are the holders of the Champions League title

So what else is new? Well, recently Leeds were fined £200,000 for the ‘spygate’ saga and I hope that will be the end of it. I think dirty tricks like that do go on in football and whilst it’s not very sporting, it’s not exactly crime of the century either and that figure seems like a suitable rap on the knuckles to me.

See you next time for some more football based ramblings, and remember where to come if you need a lift company!