Coming soon to a television near you!

Following on from our appearance on BBC1’s DIY SOS back in 2018, we will be making a second appearance next week! Don’t miss us on Wednesday 3rd April at 9PM!

The programme is entitled The Big Build – Hessle and the story focuses on a young single parent family based just outside of Hull in East Yorkshire. The family have had their lives tinged by tragedy and were in desperate need of intervention, which is where Nick Knowles and the DIY SOS team were able to step in with the help of a whole raft of volunteers…

Sheridan Lifts involvement involved the installation of a custom platform lift on site, and we were able to offer our staff, project management services and labour free of charge for this project. 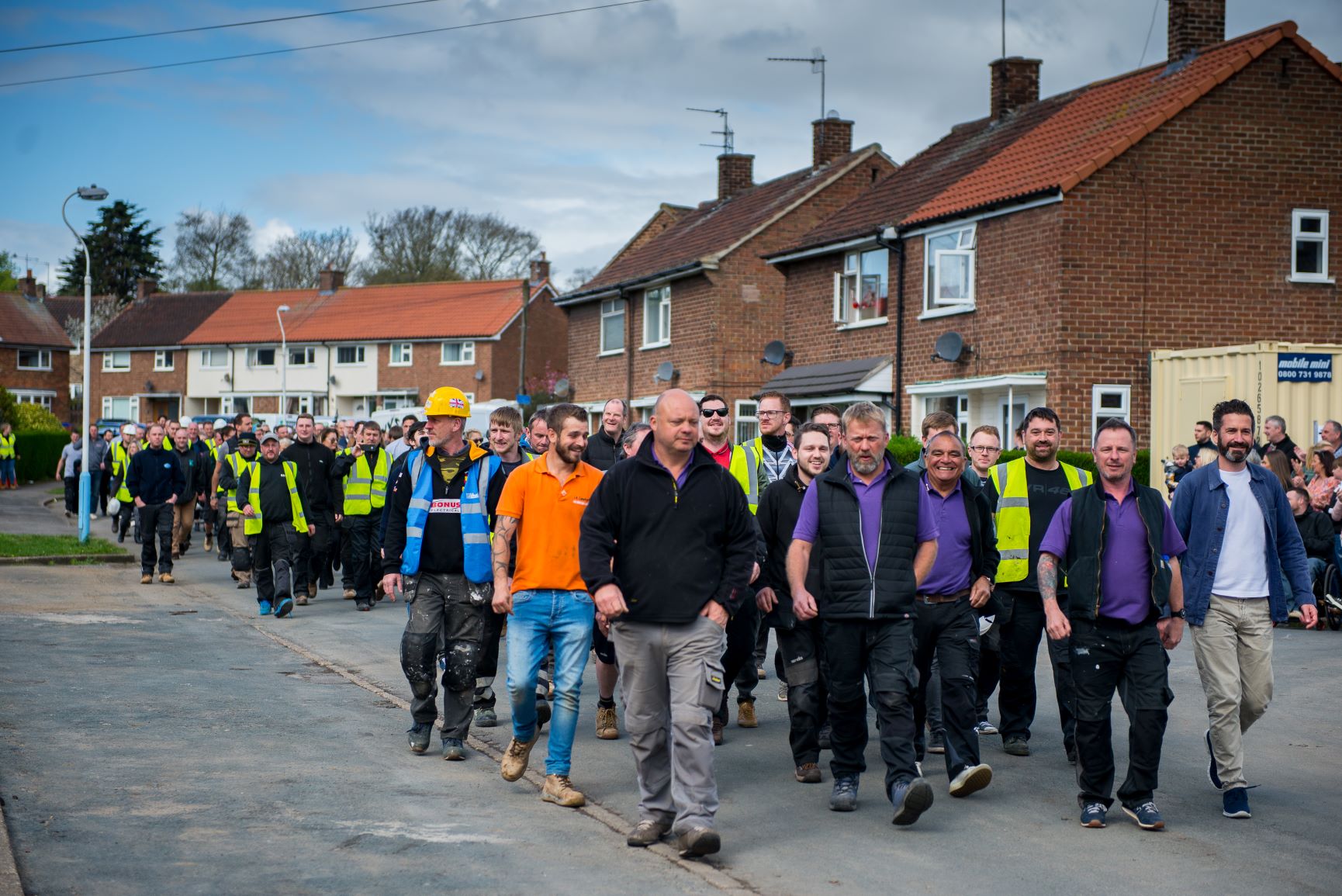 “On behalf of everyone at Sheridan Lifts, it was an absolute pleasure to assist with this project and be part of something that will really change this family’s life.

Commenting on the involvement of the volunteers, of which Sheridan Lifts were one, DIY SOS Researcher James Cleave comments:

“A huge thank you to those who gave their time, skills and materials to complete the Hessle Big Build. On behalf of the DIY SOS team it’s genuinely been a pleasure to work with you and I hope you are all proud of what you’ve achieved.

The show will be aired next week on the above date and if you miss it first time around, worry not – this is the 21st century! You can stream on BBC iPlayer shortly after the broadcast date.