Demonstrating our flair with office buildings

Sheridan Lifts have always got numerous projects on the go throughout the UK and working in marketing as I do it’s often a challenge to be up to date with what stage each of our projects are at.

Good job then that I have such a good relationship with our projects team although Natalie and Joanne may occasionally get fed up with me popping upstairs for an update whilst simultaneously eating their desk sweets out of the jar!

Anyway, I have three projects to bring you up to speed on, the first of which (and some sea air for our engineers) is the works on site at the former Shakespeare Hotel in Southport for our client Carroll Build. 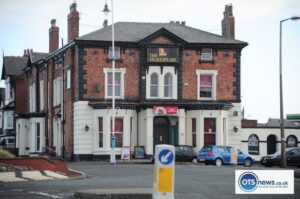 The green light was given in September 2018 to bulldoze the former public house and replace it with eight new homes and a three-storey block of 15 apartments on the corner of Scarisbrick New Road and Virginia Street.

Here we will be installing our SL1003 impact traction lift which will cater for 13 persons, serving all floors of the building.

We’re also working with Mcr Property Group at Dale House in Stockport which is a conversion of an existing building. You will probably recognise this one, as it’s the huge tower visible from the M60, currently emblazoned on the outside with the Gorvins Solicitors signage. 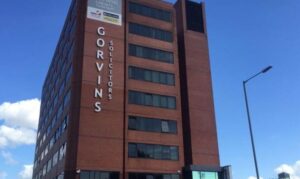 Here, we have ripped out the old lifts and we will be fitting two SL610 Impact lifts, both carrying 8 persons. The first lift is already in and has been commissioned. The second will follow.

As a little footnote, this site isn’t located too far from where we’ll be working on the former Royal Mail building in Stockport which I blogged about recently. So there will be plenty of Sheridan vans on show in and around Stockport city centre.

The final project to bring you up to speed on is at Gateway House in Wythenshawe, also in Greater Manchester. Here we have been commissioned by our client The Emerson Group to provide a ten person passenger lift, again to replace an old lift on the site which we have ripped out. 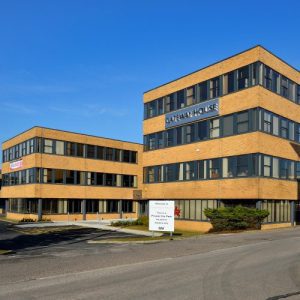 Part of a major business park, the park is located at the junction of Styal and Ringway Road.

I’ll update you all with pictures from site once we have some from our engineers.