Do you have a head for heights?!

As a UK based lift maintenance and installation company, we have long since been fascinated by the prospect of visiting the world’s tallest building in Dubai, with the summit being reached by …yes, you guessed it, our favourite form of transport!

So, guess what – we’ve finally been to see it for ourselves!

Gathering as we did in the foyer, which forms part of the sprawling Dubai Mall complex – there may have been a shred of trepidation about our looming trip to the pinnacle (via the tallest lift in the world!). Extreme heights, like spiders and snakes are things that many people have phobias of, but lets be honest, there are heights…and there are heights! This was the world’s tallest building standing at over 800 metres tall!

For those of you who’ve seen Mission Impossible: Ghost Protocol, the Burj Khalifa was the epic skyscraper that was dangled on (!) by Tom Cruise’s character (where he had some less than reliable sticky gloves to transport him to another side of the elevation) but thankfully the team from Sheridan Lifts we were very much on the internal side of the building!

So, we waited for our turn to go to the top. The air conditioning was a welcome plus point from the sweltering heat outside, so we didn’t mind queueing at the fear inducing named ‘launch gallery’. Just enough time for a few nerves to kick in!

8 of us boarded the lift with 2 attendants, and the LED display lent a feeling of a 1980’s computer game to proceedings. The ride was as smooth as you could ever hope it to be, and the lift attendants courteous and chatty. After what seemed like less than a minute, we reached the top. And after a quick check down to see the feet were indeed being planted on hard floors, we’d arrived!

The views really were amazing, and the heat at that height overwhelming but there was a bit of a feeling of anti-climax, possibly because there was no pain for the gain, and that somehow to reach the top we really ought to have been put through the mill, like a rambler ascending a mountain. It was, as Chris put it ‘as impressive as a tall building can be, with a bit of a rubbish shop!’ 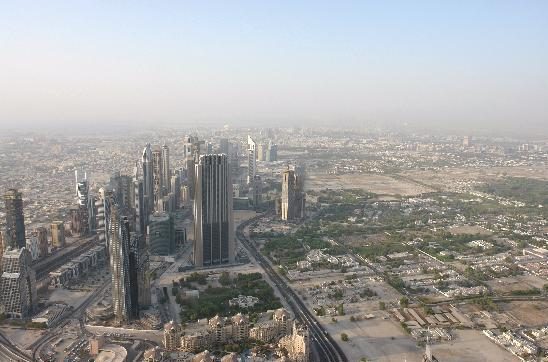 On reflection however, and all things considered this was a great and certainly memorable experience, but over a little too quickly! However, speaking as a lift company, the ‘ride’ was absolutely first class!

If you have a business in need of a lift maintenance company or a new lift installation, do bear us in mind.