We were delighted to welcome our engineer Dylan Sheridan home from his visit to Thailand recently, it sounds like he’s had an unbelievable time out time.

Dylan is a budding young boxer who is getting a bit of a name for himself on the local circuit here in the North West, and you might say that his visit to the Far East formed part of his boxing education.

I interviewed Dylan about his trip.

“A couple of weeks ago I returned from Thailand following a fantastic trip involving me training hard and travelling around the country, learning about the ways and culture of the Thai people.

Originally I went to Thailand to fight in the Muay Thai World Championships with my team but they were sadly called off due to the Coronavirus. I was already out there when it all came into the press and it was slightly strange being away from my family during this time.

However, it didn’t stop me having a good time and learning as much as I was able to” 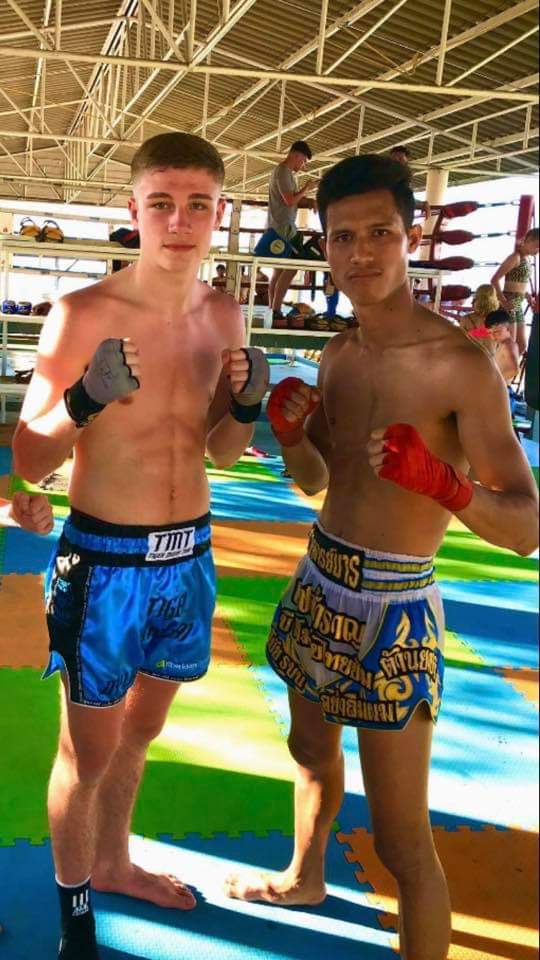 For those that don’t know, Muay Thai (or Thai boxing) uses stand up striking with various different clinching techniques and use of the fists, elbows, knees and shins. Sounds a bit dangerous to me, I think I’ll stick to jogging slowly round the block!

“I think I was quite lucky with timing as a lot of the gyms over there are now closed. I travelled to 2 different gyms and met a lot of very experienced, talented fighters as well as the traditional Muay Thai trainers. This was an eye opener for me and helped me add to my game in order for me to become a better fighter. 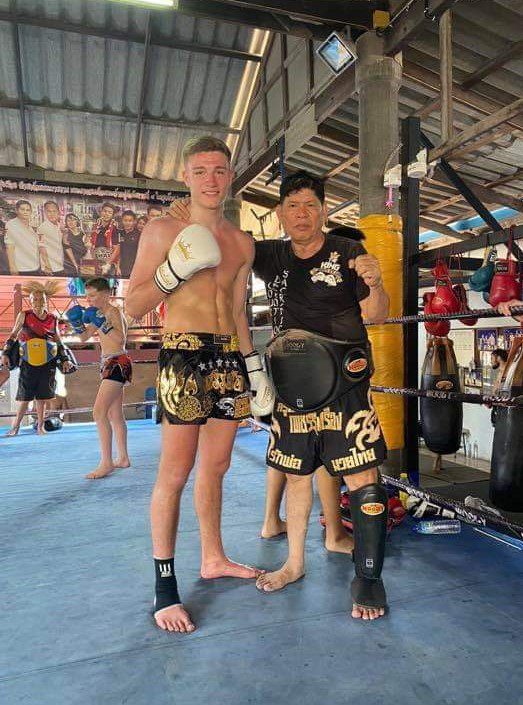 Also whilst out there travelling I was able to play football, eat and bond with the local Thai children and I can honestly say that I’ve never met anyone as nice as them. Almost every day I was visiting multiple temples spending time with the monks, this was an unbelievable experience and very humbling too.

To see people not require anything materialistic but only to have their family and friends around them to be happy was an amazing experience and one I’ll never forget. They seemed to live their lives without the stress in the world… just people enjoying life with beaming smiles from ear to ear. It was really infectious” 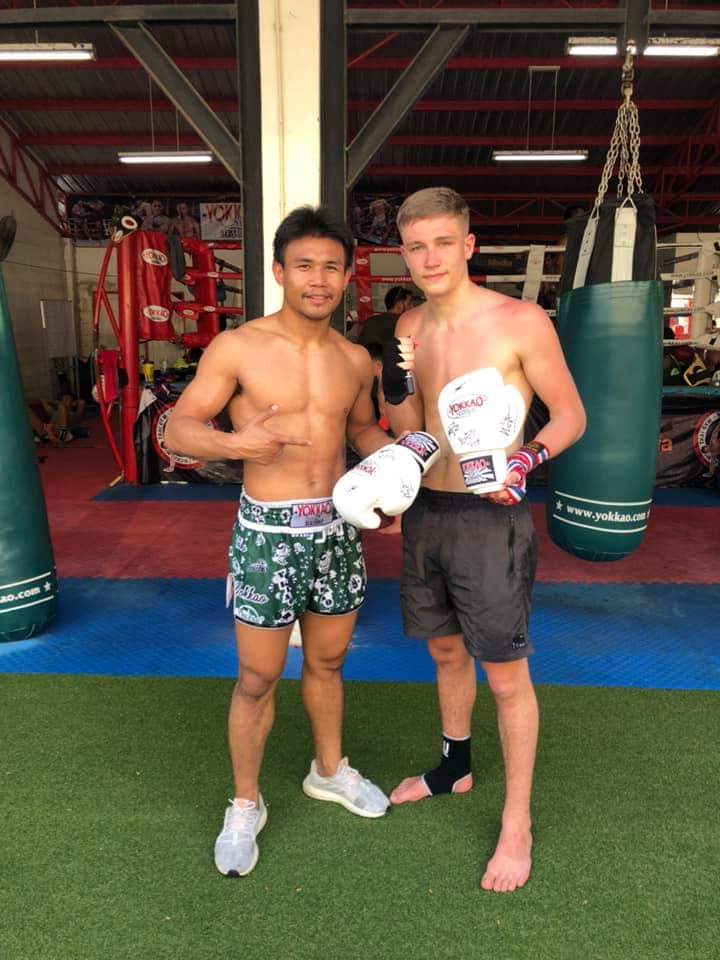 So, what’s next for Dylan?

“I will 100% be returning to travel and train and I will work extra hard for next year’s championships as I know what to expect now. I just hope everything is a little more stable soon”

Best of luck to Dylan in his future endeavours!