England triumph, the dreaded VAR and Harry’s in the jungle!

International weekends with no premier league football are so dull. Try telling that to Gareth Southgate!

That’s right, this weekend was mainly about England. A couple of weeks ago I wrote an article asking how far England have come after the World Cup. I implied that perhaps we under achieved at the World Cup, given the path to the semi-finals. Well, I am pleased to say that, after this weekend’s game with Croatia, I do think there is significant and tangible improvement in both the performances and development of the team under Gareth Southgate. For me, some important additions have improved us, and I’m talking about Ben Chilwell and Ross Barkley. Not to mention squad newbies like the very talented Jadon Sancho and Phil Foden. Bright times ahead? i think so. 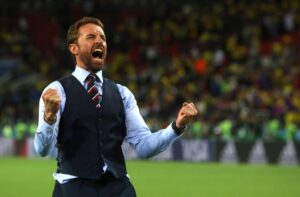 After their impressive display in beating Spain, it was great to see the team follow it up with a win against Croatia in the Nations League. The general public are slowly falling back in love with this team after a long hiatus and that can only be a good thing.

So, the Premier League have announced that VAR will come onto effect for top flight matches as of next season. I for one am split down the middle with this. Never again shall we see celebrate a goal without a niggling feeling that it might be chalked off. I’m not sure if that doesn’t make me a little uncomfortable. 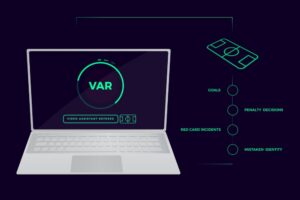 For me, as a match going fan, the concern is how much this might be disruptive to the flow of the game. But I do see the argument that it will alleviate injustice. One Twitter user joked that Liverpool would have about 10 less points because of it! And they will certainly need to manage it better than they did at the World Cup, where at times it was farcical, and didn’t guarantee the correct decision either! It isn’t faultless in cricket or tennis, and of course it won’t be perfect at the very start, but I guess once they’ve been accustomed to the software that gradually, the correct decisions will be made, more often than not.

Good old ‘appy ‘Arry is in the jungle as we speak, and last night he was horrified to find there was no coffee kiosk or bacon buttie van at Croc Creek! And he nearly didn’t eat his Aussie delicacy dish, emu! Just wait til he’s had 5 days of rice and beans! 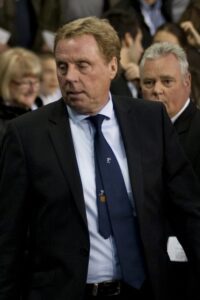 I find it hard to believe that after so many series of that show, that he seriously can never have seen even a minute of it. He is clearly not a channel hopper like my wife! There are many shows that I cannot stand (Strictly Come Dancing, the X-Factor, Britain’s Got Talent) but I have still caught some of them and know the basic formats of the shows!

I have to say though, for a 70-year old chap and a lady who suffers with autism to have braved the jungle deserves some respect, so kudos to Harry and Anne Hegarty for that. I suspect Harry has had to deal with some quite large egos during his career as a football manager, so it will be interesting to see how if he will clash with John Barrowman as the show progresses!

Stay up to date with all matters football right here on our blog, and whilst you’re here feel free to browse our website, you can meet us all here or if you’re in search of a lift maintenance contractor, then hey presto that’s us!