How far have England come?

Welcome to instalment two of our weekly football blog brought to you by the team at Sheridan Lifts, Manchester’s leading lift maintenance company. Who erm, also happen to like a bit of football!

After last night’s rousing, unexpected 3-2 win against Spain, we’ve been discussing the fortunes of the England football team here in the office.

The World Cup went a long way in restoring the public’s faith in the team and getting them emotionally back onside, after years of let’s face it, being dreadful!

Whilst some of us were of the opinion that getting to the semi-final of a World Cup was an achievement, I personally didn’t. You have to look at the calibre of opposition England faced and be honest, getting to the semi final with that pathway was surely a minimum requirement? I love IKEA but come on? That Sweden team we beat were really poor. 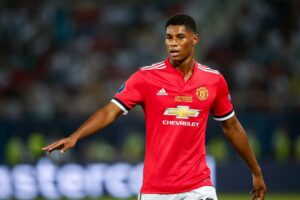 After the Croatia game on Friday night, there were more rumblings of discontent with people questioning how far we’ve actually come. Fast forward to Tuesday 16th  October, the day after the Spain game, and it’s all rosy in the garden. That’s football fans for you.

I look at England now and I do see marked improvement, certainly from that fateful night in Nice where we were humbled by the footballing minnows of Iceland in Euro 2016 under the bumbling tutelage of Roy Hodgson. I was there that night, and wow was it bad! Last night’s victory was impressive and shows we are on the right path, with simmering potential. But I don’t think we are in a position to dine at the top table of even Europe’s best sides quite yet, never mind the worlds. But we’ll definitely take progression over world domination right now, as these things do take time (especially if you happen to be England!)

So, do we know any more about our best XI? 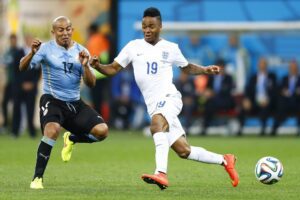 Well, for one thing it was great to see Sterling and Rashford deliver last night. We know how talented they are, and hopefully the ‘curse of the England shirt’ is now banished for those two, never to be seen again.

I still feel that our team misses a Paul Gascoigne in the midfield. Can Ross Barkley be that player, really? It’s a big season for him at Chelsea as it is for the likes of Ruben Loftus-Cheek, and it remains to be seen how young Phil Foden develops at Manchester City. How much top flight action those three will see is uncertain, too.

I like the fact that Southgate seems quite aware of the team’s shortcomings and that he moulds his formation around those weaknesses in quite a thoughtful way. I also like his penchant for trusting in youth, so fair play to him for that. He does seem like an intelligent man, and I’m not sure we’ve had too many of those in the hotseat for a while!

How England set up doesn’t worry me so much as it does other people. I actually like the fact that Southgate is brave enough to tinker. England went with 3 centre backs at the World Cup. But now it seems we’re back playing a back four again at this Nations Cup thing. Does that mean we still don’t know, or does it make Southgate a thoughtful tactician? It’s important to remember this side is in transition and we aren’t suddenly going to stumble upon every answer to our longer term problems overnight.

It is interesting how this inaugural Nations Cup is being viewed by fans and pundits alike, too. I could be wrong, but it’s basically one up from an international friendly tournament, isn’t it? It certainly doesn’t appear to be capturing the public’s imagination too much, at this stage. Therefore you feel that Gareth is using the opportunity to experiment, as managers need to.

It gives me no pleasure seeing England fail at major tournaments. Quite the opposite in fact. But the progress we are making now has to transfer to the bigger stage in two years otherwise it will all be for nothing.

It’s like an ongoing conundrum with this England side, it must be one of the hardest jobs in football to take on so kudos to Gareth Southgate for not being anywhere near as disastrous as his predecessors, for showing faith in youth and for coming some way to embedding his blueprint on this side.

So is this a new dawn for England? Or just another in a long line of false ones?

Let us know what your thoughts are in the comments below.