Sheridan Lifts are carrying out separate lift installation works on the same site within the city of Liverpool.

Firstly, we will be carrying out lift extension works on a job we initially carried out in 2018. This is an existing 7-stop lift which is being amended for our client Goodwin Construction following alterations to the building which have created a need for a further stop.

Originally a six-floor building, Goodwin Construction are adding an additional floor which will house some sparkling new penthouses. The amended lift will serve these new units whilst the existing lift will be suspended and the lift shaft extended for the job.

The lift itself is being dispatched by our European suppliers today ready for installation works to commence next week in Liverpool.

This job is located at roughly the same site as two additional other jobs we are carrying out for the same client. 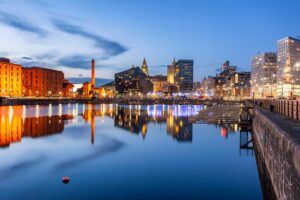 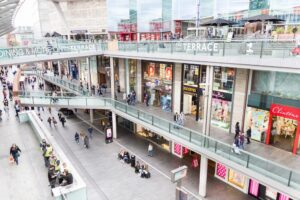 Also within the Parliament Street and Grafton Street buildings which are located in the city’s trendy Baltic Triangle area, we are carrying out separate lift installation projects to create two separate 12 stop passenger lifts.

One of these lifts is a firefighting lift which I wrote about last week.

All lifts automatically shut down in the event of a fire, but firefighting lifts allow the fire service to access the lift in the event of a fire (usually via the use of a fireman’s switch) and they also come equipped with additional facilities within the build of the lift car to help tackle a blaze. You can read about those kinds of lifts here on our blog.

The cool thing about the location of this building is that it overlooks the Peaky Blinders bar within Kane’s Brewery Village.

These jobs come hot on the heels of another one we recently completed in Liverpool where we installed a platform lift and step lift for another high-end retail clothing store in the same district of the city.

Looking for a lift company in Liverpool? We operate prolifically throughout the city for both lift maintenance and lift installation projects, so do drop us a line if you need our lift services.