We are delighted to report a new client contract win at Arrow Mill in Rochdale, Greater Manchester.

Simple Storage provide cost effective, secure storage solutions at the site on the south side of the Rochdale Canal and this contract win sees us extend our portfolio of looking after some of Manchester’s most historic and iconic mills.

A Grade II Listed building, the mill displays incredible architecture which was well ahead of its time when it was built during the Edwardian era. Its rich and varied history remains a point of great interest throughout Rochdale and the wider district. 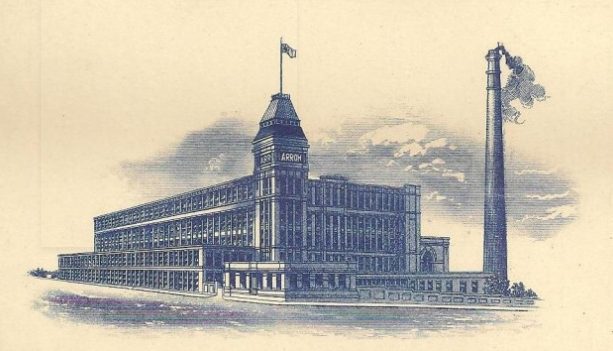 Arrow Mill – Back in the day!

During the Industrial Revolution, mills like this one were located on canals for duel purpose, firstly to aid transportation of goods and materials from the waterways, but also to utilise the water itself by drawing it to power the mill steam engines.

Arrow Mill originally contained five acres of floor space used largely to facilitate the production of cotton through the ages, then later materials like Rayon and other artificial fibres, and the mill eventually became one of the last working cotton mills in Rochdale, producing fabrics and cotton products right up until 1999 when it was occupied by a toy manufacturer.

The heavy-duty Canadian cedar timber floors are now utilised for storing and warehousing third party goods and no longer support the machinery of yesteryear where doffing, winding and weaving were employed on site.

In its current guise as a storage facility, the use of lifts is no less important now than they have been in previous years, and here at Arrow Mill we are employed to service and maintain 4 large heavy duty, business critical goods lifts. 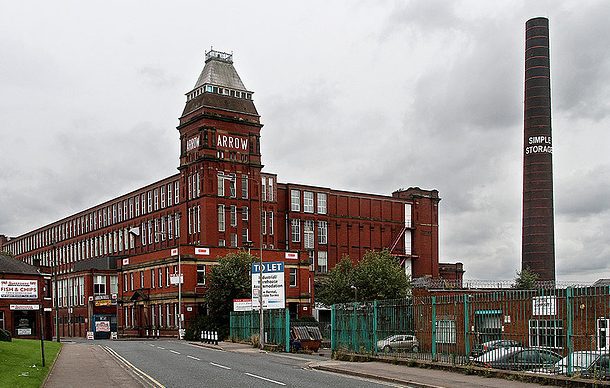 Sheridan Lifts also look after lifts within the historic Gorse Mill in nearby Chadderton and neighbouring Ace Mill, both of which are former functioning cotton mills.