Redfern Building gets a makeover

Here’s a cracking little project to bring you up to speed with, and a nice example of the work we can do with lift interiors.

Working with our client Russells Construction, Sheridan Lifts have installed a series of lifts at the Redfern Building on Dantzic Street in Manchester. The development forms part of the site known locally as NOMA, an £800m, 20-acre mixed use redevelopment scheme in Manchester. 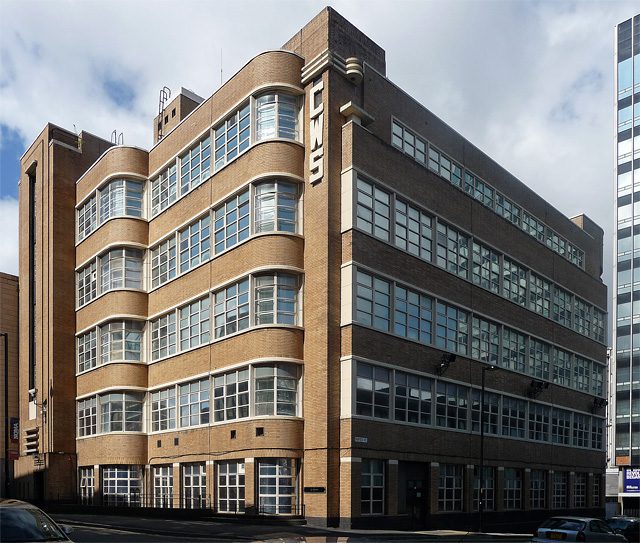 As a national firm with over 35 years’ experience within the lift industry, we have built up an unrivalled reputation for exceptional service. And as this project demonstrates, the workmanship and skill of our lift installers, technicians and engineers is of the highest quality.

This Grade II listed building located close to the rear exit of the Printworks was built in 1930’s art deco style reminiscent of the era and is set over seven storeys with a flat roof. It is currently unoccupied whilst works are taking place.

Originally built for the Co-operative group, it now forms part of that estate which includes several other listed buildings in Manchester including the CIS Tower and Hanover Building.

The project comprises part lift modernisation and part lift installation, where two passenger lifts have been successfully removed and replaced with gleaming new lifts pictured below, and a later phase project will see the installation of a step lift and a platform lift.

For the 2 new passenger lifts, both carry 13 people and are bespoke manufactured to suit the existing shafts. As a design feature, stylish black back painted glass has been used as well as futuristic buttons as you can see below. 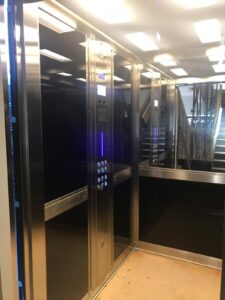 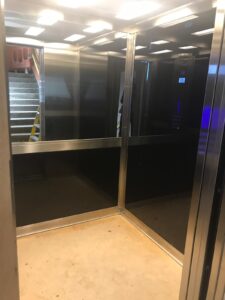 Sheridan’s have worked in a sensitive manner to adhere to the stipulations set out for working within a Grade II listed building. Both passenger lifts were installed concurrently to reduce the time spent on site.

Installation of the platform lift and step lift will be carried out in due course and handover to the client is anticipated thereafter.