This weekend, much fun and merriment were had in North Manchester as Sheridan Lifts invited all staff to Woodhouses Cricket Club in Failsworth for an afternoon of fun, games, food and general good times.

We had a fantastic turn out of around 160 people and the sun made a very welcome appearance!

Here at Sheridan Lifts, not only does every member of our team have a fully supported career path, but as a business we also like to offer value added extras like fun days such as this, where everyone is invited to bring their family and let their hair down and gives chance for all to meet each other’s family. 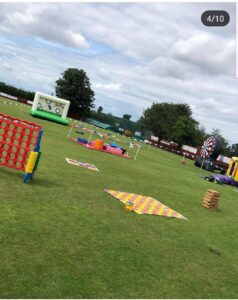 Staff leaders were nominated and wore high visibility t shirts whilst children were identified by their wristbands ensuring a safe and fun filled environment for everyone.

There were lots of stalls, some brilliant soft play inflatables and some truly great entertainment including a DJ, children’s entertainer and magician. Woody and Jessie even made an appearance as Sheridan team members! 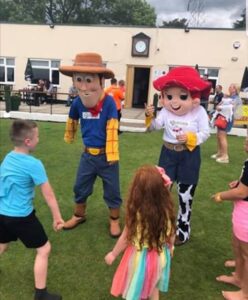 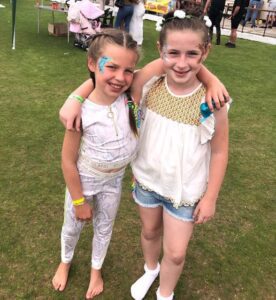 There was face painting, a Slush and candy floss machine and free candy cones and fruit shoots for the children. As you can see from the pictures, everyone had an absolute blast, there’s even a special shout out to Julie Crump from the accounts team who joined in with the kiddies and was seen whizzing down the slides and taking shots at the giant inflatable penalty shoot-out game. Good on you, Julie!

A superb buffet was laid on by the company with a delicious spread of sweet and savoury foods on offer, the giant chocolate cakes seem to go down a treat! But perhaps the piece de resistance was the hilarious engineer sack race which kept everyone highly amused! 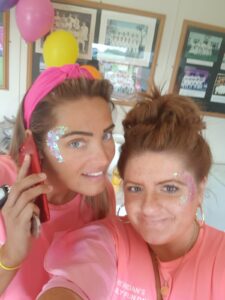 This day took a lot of planning and as such there are a lot of people to thank, firstly to Tony & Trisha Sheridan and the Sheridan family for their generosity in putting on the special day for the staff. Secondly, its a huge thank you to the planning team Lisa Sheridan, Hayley Connelly & Paul Knight and their raft of helpers Joe & Natalie Alexopoulos, Zoe Knight, Scott Hughes and Alex Whittaker who helped on the day, we really appreciate all of your efforts in helping to create what was a brilliant day!

We would also like to extend our thanks to the following service providers; ATM Events, Party’s-are-uss, Character Kingdom Official and Nat’s mascots & balloons 😊 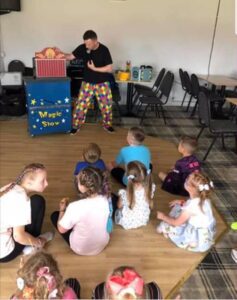 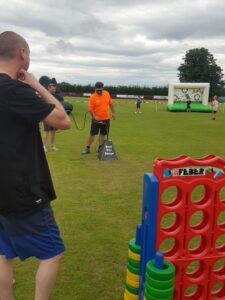 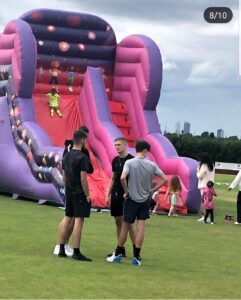