Chris Grailey and his team are celebrating another significant win here at Sheridan Lifts as we have recently won the lift maintenance tender for 20+ units in the Greater Manchester area on behalf of our client.

The contract includes some key leisure centre sites in the region which will now benefit from our long term problem solving services and each unit will now proudly display our company branding.

Amongst the sites we are covering include:

Manchester Aquatic Centre
This superb venue was purpose built for the 2002 Commonwealth Games at a cost of £32m and is joint owned by the council and two local universities. At the heart of MAC is the Olympic sized swimming pool featuring main pool and training pool. There’s also a 25m diving pool and leisure at ground floor level featuring two bubble pools and a two water flumes. The aquatic centre complete with audience viewing gallery and poolside café. 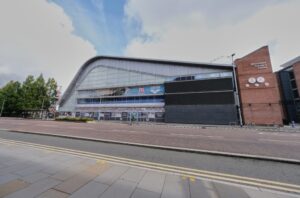 National Cycling Centre
The home of British cycling, the National Cycling Centre lends home to the Velodrome, BMX Arena, Mountain Bike Trails and associated hospitality facilities. Having opened in 1994 and located on the Etihad Campus in East Manchester, adjacent to Manchester City’s ground this purpose-built facility draws a worldwide audience and is regularly featured on BBC Sport as a live venue.

National Speedway Stadium
This longstanding speedway stadium is home to the speedway team the Belle Vue Aces and operates home race nights on Mondays and Thursdays. The stadium is located adjacent to the Belle Vue Greyhound Stadium and is well respected across the globe as the oldest, continually operating speedway club. Holding around 6000 fans, the modern venue features a 347 metre shale track and is overlooked by an 1800 seat grandstand which houses a smart hospitality suite. 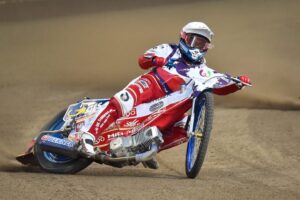 We are very much looking forward to a long and prosperous business relationship with our client on this project.