Adele Ince heads across the Pond

As well as reporting on all things lifts related, we like to keep you all abreast of everything that’s happening in the world of Sheridan Lifts, and that includes our most important commodity, namely our staff.

So, this week it would be remiss of me to not tell you about this little adventure that our New Lifts Sales Manager Adele Ince is going on, supporting her daughter Maicey in the Cheersport Nationals 2020 which are being held in Atalanta, Georgia.

Adele and Maicey flew off yesterday from Manchester Airport and here they are pictured below.

Maicey will compete against the best of the best representing England with her team ‘SOLAR’.

The team enjoyed an unbeaten year last season so The Club RISING STARS decided to make SOLAR an international team and take them to America, were they will compete against 16 other teams from around the world. Impressive eh?!

Competitive cheerleading is very popular in the USA and is slowly being recognised in the UK. There is definitely a lot more to it than you might think, with a high degree of skill involved from competitors like Maicey. Here’s the team all pictured together before they jetted off last night. 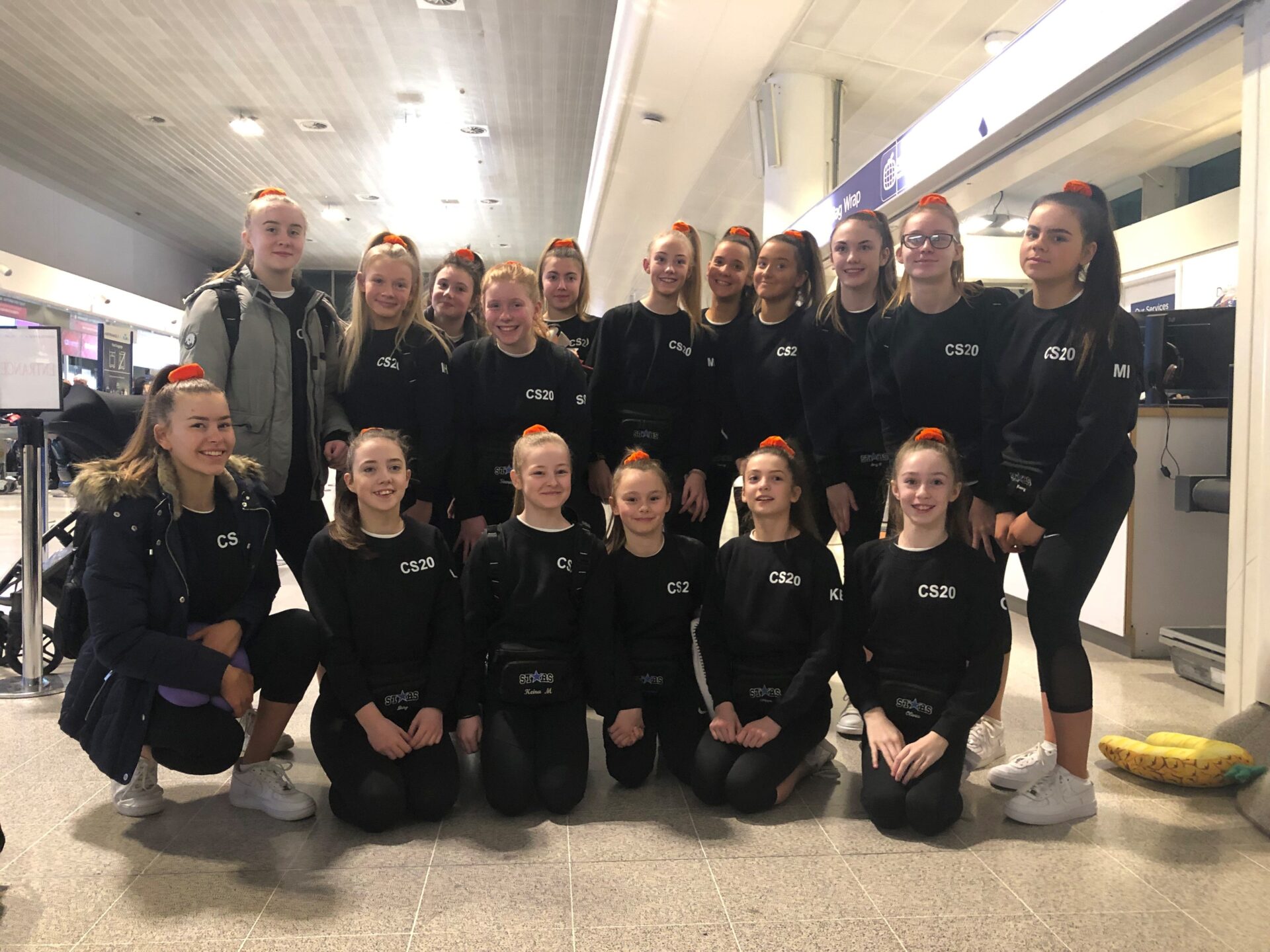 It’s a sport that involves boys and girls performing a routine of 2 minutes 30 seconds where stunting, tumbling, dance, pyramids, and cheer segments are deployed. This is a highly choreographed, high energy routine.

Take a look at the video below (from another team that competed in last year’s tournament) for a little taster of the kind of routines that they do.

The team arrived safely last night and they will train every day until Friday before competing over the weekend where they will be scored by judges before the results are announced on Sunday night.

All that remains is to say a resounding GOOD LUCK to Maicey and Adele for this coming weekend, everyone at Sheridan Lifts is behind you!