Unusual elevator designs from around the World

We come across elevators every day, and their designs are generally functional and often minimalist in design.

However, there are architects out there who push the boundaries of elevator design and think outside the box. After all, who said lifts have to be boring?

AquaDom, Germany
The AquaDom; located at the Radisson Blue in Berlin-Mitte is an elevator unlike any you have seen before. Riding this elevator is an experience that people rarely forget; the transparent elevator is surrounded by a 25-metre tall cylindrical acrylic glass aquarium.

Opened in 2004, the AquaDom cost around 12.8 million euros. The acrylic cylindrical aquarium is the largest in the world, with a diameter of around 11 metres. The tank is filled with 1,000,000 litres of water and boasts an impressive 1,500 fish spanning 50 different species. 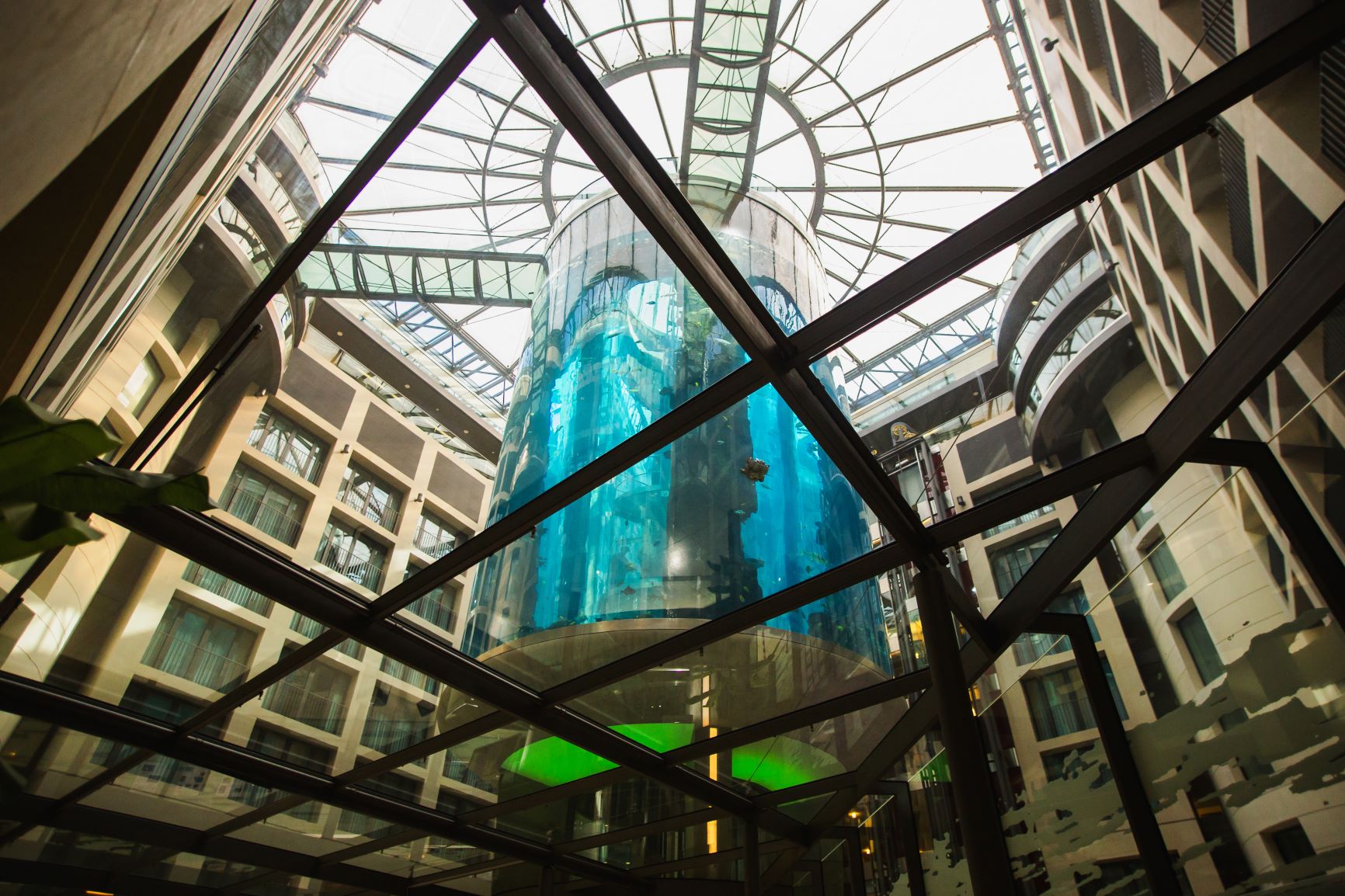 Skyview, Sweden
Sweden’s Skyview takes you to the top of the world’s largest spherical attraction, the Ericsson Globe, giving you unparalleled views of the city of Stockholm. The 100-metre lift consists of two spherical cabins which take visitors to the top of the globe; a dizzying 130 metres above sea level.

Opened in February of 2010, within its first year of operation a whopping 160,000 people took a ride on the Skyview. 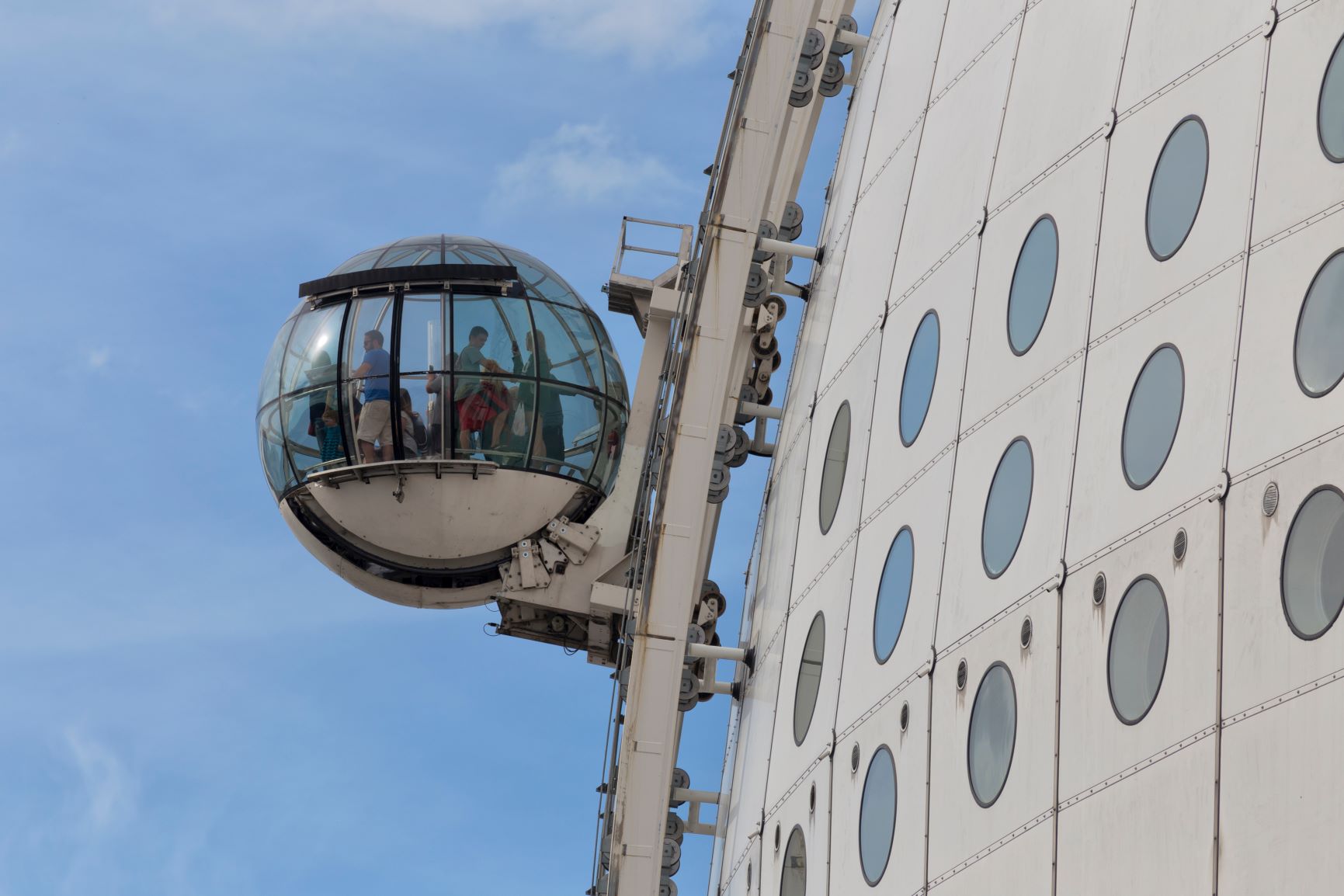 The oldest lift on our list is located at an altitude of 1,132 metres and is the highest exterior elevator in Europe.

This 111-year-old elevator boasts breathtaking views as it makes its 152-metre vertical climb in less than a minute. Definitely a must for any adrenaline junkies. 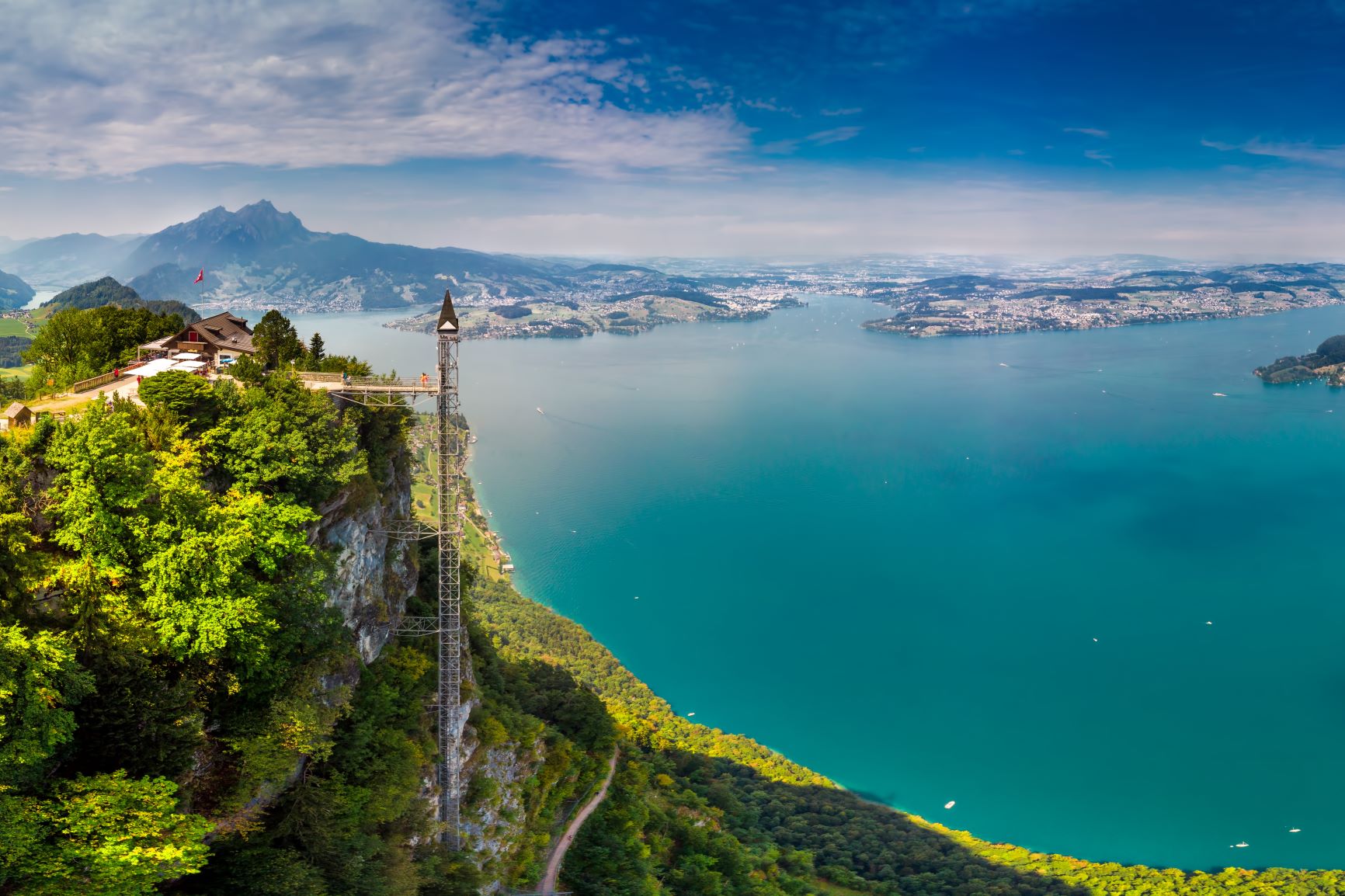 As the tallest man-made national monument in the U.S, the Gateway arch stands at an astounding 630-feet tall. The trip in the tram takes four minutes to reach the top of the Arch, and three minutes to get back down.

At the top of the Arch, a clear day can allow for views of up to 30 miles in each direction across St. Louis. 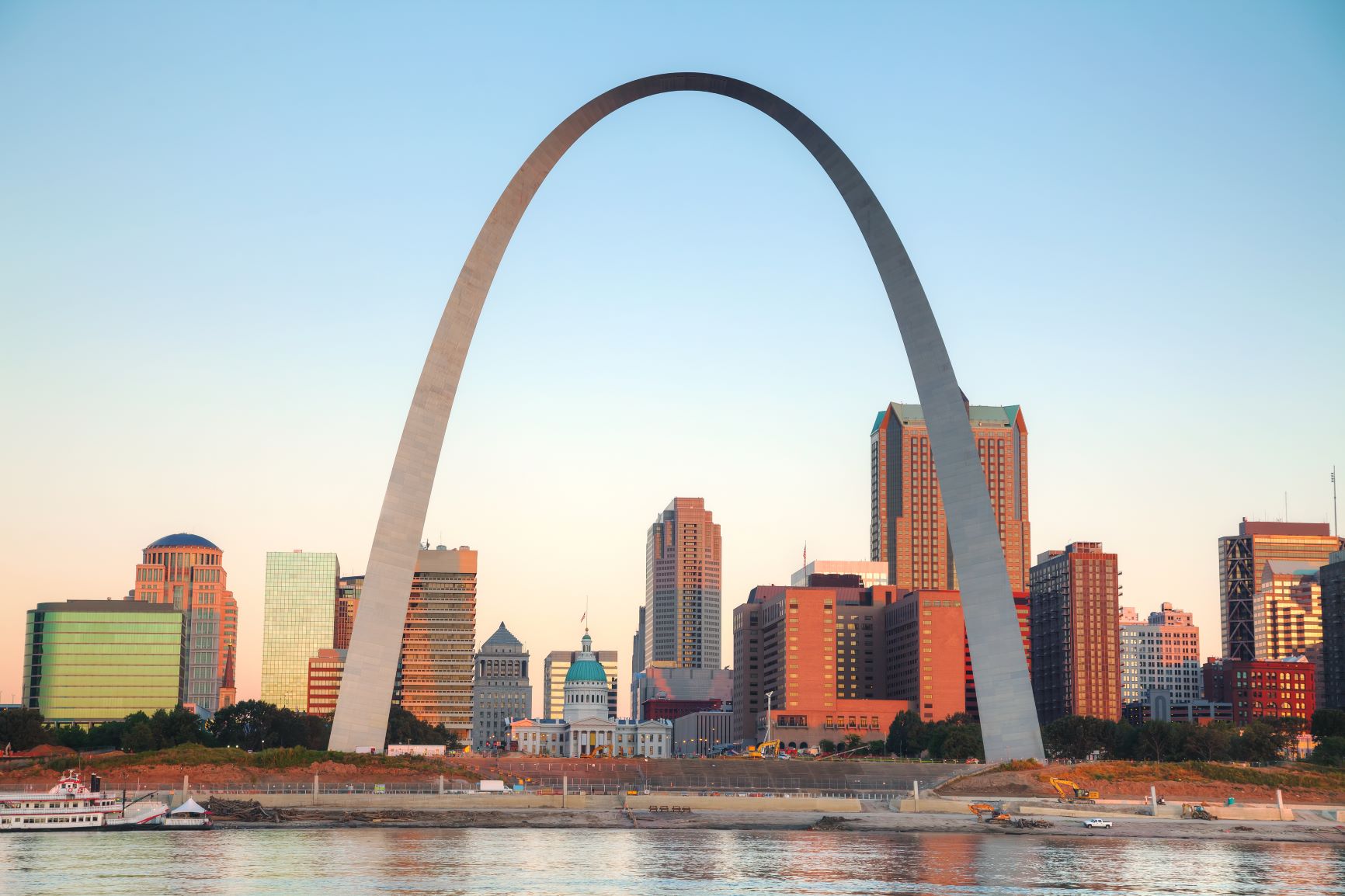 The tallest building in the world standing at 828 metres is home to funnily enough, the world’s highest lift!

Now, this is much more of a conventional passenger lift as you might expect, to carry passengers to ‘At the Top’, the summit of the attraction. From here you can look down on the sprawling skyscrapers below, which is in itself quite a surreal experience. It can get pretty hot up there too, this is the Middle east after all!

Take a look at our blog from the time we visited the Burj Khalifa in Dubai for a full synopsis, as well as more stats and pictures! 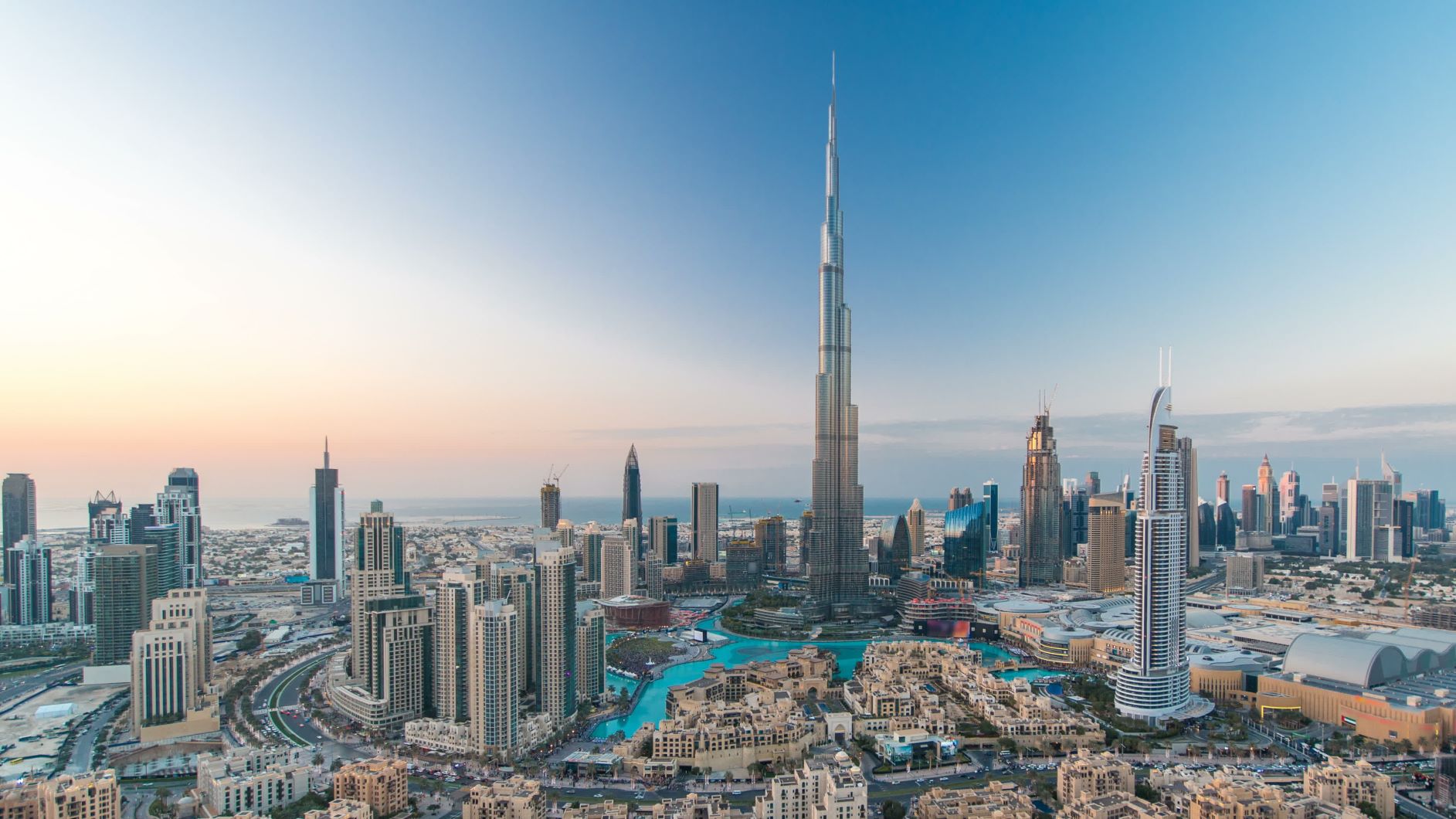 It takes a serious team of lift installers to complete projects on such a grand and ambitious scale.

But do you know what? We’re glad they do, as these aren’t just humble elevators, but experiences to add to your bucket list.